The Festival 10 Mile Time Trial championships were held this weekend as part of the Farnham RC promotion on the Bentley course in Hampshire. In beautifully warm, but windy conditions which made fast times the exception, 5 Festival riders took to the start line including our newest member Eva Nyirenda , who was taking part in only her 3rd ever time trial. 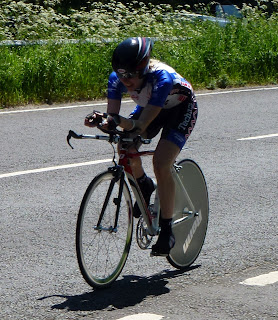 Eva battled through the difficult conditions well to post a time of 26:46 which saw her well placed in the women's field.
In the battle for the championship title, next on the road was Mick Gowan who rode strongly to record a solid 24:59 for an eventual second place. 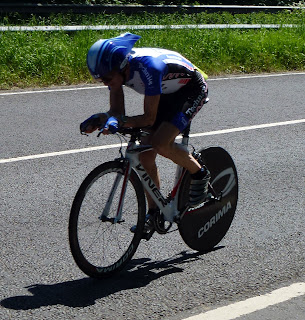 Mick was followed home by John Froud who posted a time of 26:09, but there were still two riders to come having started later in the field. Mark Bixley looked to be riding well as he made his way out to the turn. He overcame the strong headwind back to the finish to record a quick time of 23:35. Barry McDermott wasn't able to match Mark's pace and eventually finished in 26:05.

So the Festival RC 10 Mile TT championship for 2012, goes to Mark Bixley. Congratulations to him. 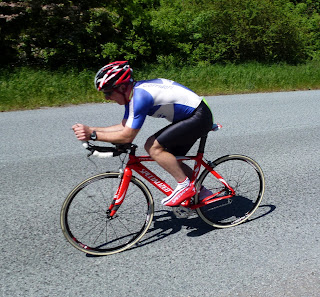